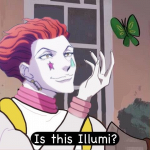 aka The Butterflies Are My Friends

“Excuse me, I am trying to scream my feelings into your mouth.

Scenes I hope get animated:

Plans for this week: Working on Dragon Drawings for Ritsuka Uenoyama, uploading the images for Episode 11, and expanding on the Characters Story pages.

Add a photo to this gallery
Retrieved from "https://given.fandom.com/wiki/User:DragonKestrel?oldid=13602"
Community content is available under CC-BY-SA unless otherwise noted.